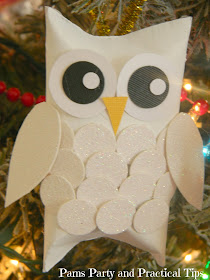 Today I am going to share my Snow Owl Ornaments.  I just love how they turned out!  They are going to look so pretty on my Woodland themed tree.

This post contains affiliate links to products used in making this craft. 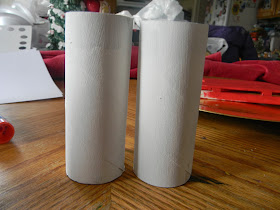 The body of the owl is made from a cardboard toilet paper tube painted with white craft paint. . 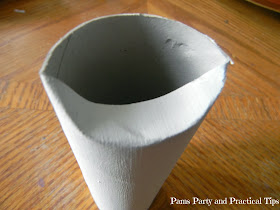 I painted my tubes before folding the ends, but you can fold then paint if you prefer. Fold the end of one side into the center of the tube, and then other side on top of that.  There will be points on each side of the tube, but that is okay.  On the top of the tube they will be the ears, and on the bottom the end of his feathers. 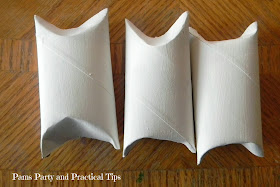 When both ends are folded in, they will look similar to this. It is hard to get them perfect, so just do the best that you can. 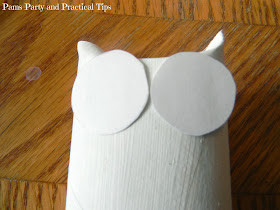 If you have a large circle punch or some kind of cutter, cut two large circles of white cardstock for the eyes.   I have a Cricut, but I did not feel like getting it out. Instead I just found something in my kitchen that was about the size that I wanted, and traced it.  I used a small circle punch for the black part of the eyes, and a regular metal hole punch for the small white dots in the eye. I also added a small triangle of yellow cardstock for the beak. 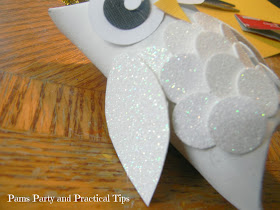 I bought a 12 x 12 piece of white glitter cardstock at the craft store for about a dollar.  I made three owl ornaments today and I still have a ton of cardstock left to use for other projects, or for more owls.  I used a small circle punch, and punched out about 15-16 circles. I layered the rows across the belly of the owl. I cut out two wings from the glittered paper as well.  I tried using a glue stick at first, but they were not sticking well.  I pulled out my handy dandy glue gun, and was able to glue on all the circles quickly.  I think this owl would also look pretty with white feather wings, if you have some of those on hand. I had off white, but not white, so I went with the paper wings. 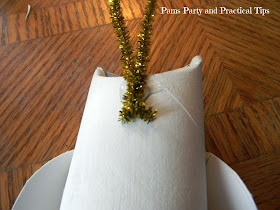 I made a loop with half of a gold pipe cleaner and hot glued it to the back of the owl. 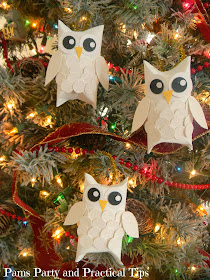 I hung them on the tree, and they were ready for their  close up.!