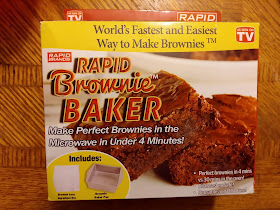 As you know, I LOVE the Dollar Tree.  Over the past few months I have been finding several items that help you make your food faster. I have been curious enough to buy and try them out, so I can review them here on the blog.  The first one I am going to try is the Rapid Brownie Baker.  The box says it is by Rapid Brands, and that you can make the perfect brownies in under 4 minutes. 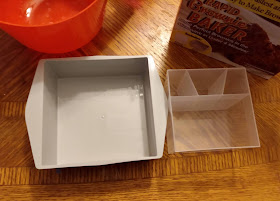 I opened the box, and found two plastic containers.  One a microwave brownie pan, and the other container with compartments for the ingredients. (brownie mix, egg, water, and vegetable oil) 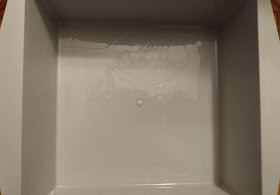 Then I saw something that surprised me.  Do you see it too? It was really hard to take a picture, but the brownie pan is make by BETTY CROCKER.  Under the trademark spoon was the instructions that were almost identical to the back of the box.  What I was surprised about though, was nowhere on the box did it say it was from Betty Crocker. 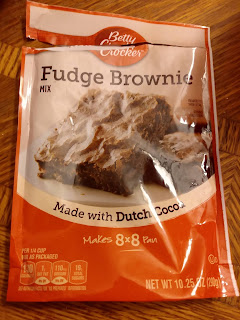 Inside of adding the ingredients to each compartment of the the container that came in the kit, I just mixed them up in one of my Dollar Tree mixing bowls.   The directions say to put them in the ingredient container, pour into the brownie pan and stir until well blended.  I felt it was a little neater pouring the batter in the brownie pan after it was mixed.   I used this Betty Crocker mix that I also bought at the Dollar Tree. 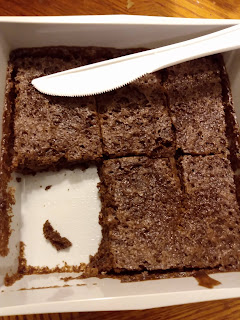 The box said to cook the brownies on high, for 3 minutes and 30 seconds. When the time was up, they looked a little over done. It reminded me of the texture of a mug cake.  After letting them cool for a few minutes, I cut the brownies with a plastic knife. I recently saw on a Facebook tip video that a plastic knife makes a cleaner cut. It really does! 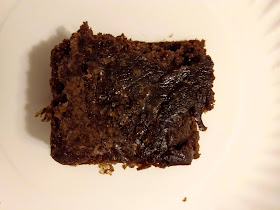 While the top side was a little over done, the bottom side of the brownie was really fudgy and chewy. It tasted really good with a big glass of milk.

Overall I give this Rapid Brownie Baker a thumbs up.  They were not the "perfect" brownies like the box said, but they were still quick to make, and tasted good.  Also since it was only a dollar it is worth it the cost, because you get a really nice microwave brownie pan that you can use over and over.  Thinking I might need to go make another batch of brownies
Pams Party at 10:02 PM
Share