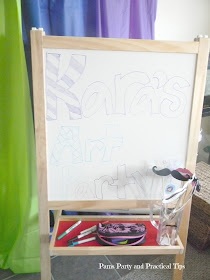 This past weekend we threw Kara an Art themed slumber party. Three of her closest friends were able to come.  There would have been a couple more girls, but unfortunately they were out of town and were unable to attend. Sometimes it is hard to have your birthday near a holiday when everyone goes on vacation. 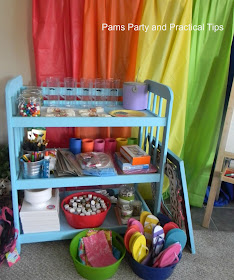 I had placed most of the art supplies for the party on the special party station table that I made from our old changing table. (You can see how I made it here.) 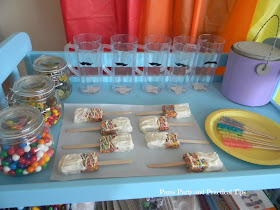 On the top shelf I placed some of the rainbow color treats we had made.  There was rainbow rock candy, and fruity pebble paintbrushes. I also had jars of rainbow colored candy. (there will be another post later this week about our rainbow treats and decor) 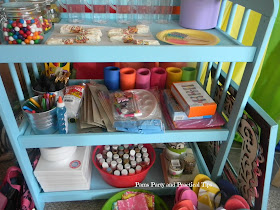 On the lower shelves I had stored all of the art supplies and crafts that we were going to need during the party. There were markers, colored pencils, paintbrushes and paints.   I also bought a canvas multipack, and a friendship bracelet kit for the girls to use if they wished. 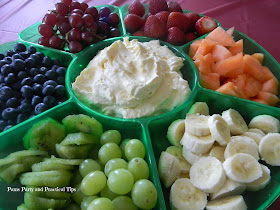 We had planned on cooking out on the grill, but when we tried to start it up it would not light. (it's a gas grill)   We had to go with plan B, which was to cook the hotdogs and hamburgers on the stove.  We also snacked on pizza pasta salad, a special fruit salsa with lime chips, and rainbow fruit with orange cream dip. (pictured)  I will be sharing a couple of those recipes soon. 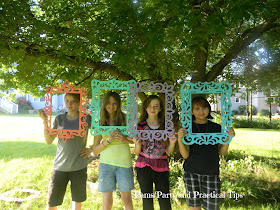 After eating we had some fun using the photo frames I found on clearance at Michaels.  In the picture above, the girls posed as if they were portraits on the wall. 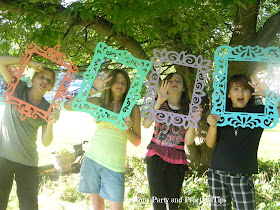 In this picture they were trapped inside the frames. They had so much fun coming up with all the creative pictures. 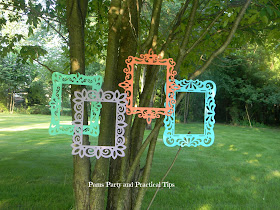 You might have seen this picture of the frames hanging in the tree on my Dare to Share Link Up post. It was their idea, and I just love how it turned out. 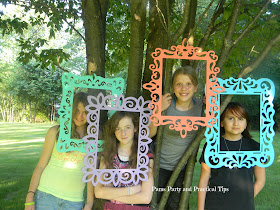 I love this photo that the girls came up with too! 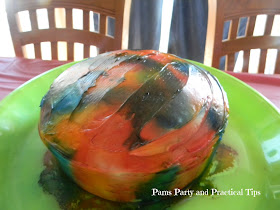 After we were done taking pictures, it was time for the graffiti cake that Kara designed. I frosted the cake with  all white frosting, and then she sprayed it with Wilton Color Mist.  She had wanted to make it tie dye, but I did not have all of the supplies. When she saw the spray, she liked that idea better. 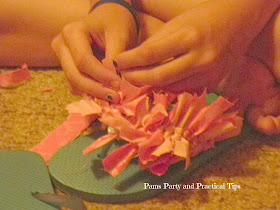 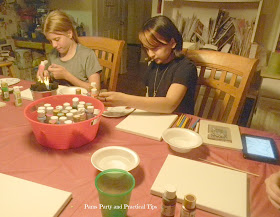 They did spend some time during the party  painting. 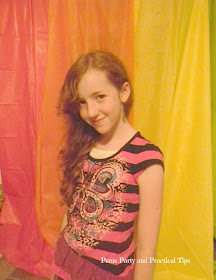 We also took a lot  more photos inside in front of the rainbow backdrop. It ended up being a late night for everyone.  I know it was a least 2 a.m. when I went to bed, and the girls were still wide awake. It is kind of funny to call an overnight party a slumber party, because it is rare to get much sleep. 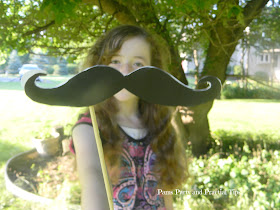 I will be linking up our Art Themed Party on these wonderful linky parties HERE.