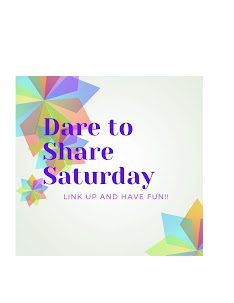 It is Friday night and you know what that means..
It is time to Dare to Share!
You may notice something different about today's party.  I have had the same Dare to Share logo for years, and quite frankly I had been tired of it for awhile. It was one of those things that I wouldn't think to change until it was time for the party.  Since I have been on Canva for awhile, I decided I am going to try out a few different logos until I figure out one that I really like.  I do like this one, I'm just not sure it will be my final choice until I make some more. 😀
Did you have a good 4th of July? Ours was very busy.  We had a birthday party for my boyfriend's daughter (which will be linked below) and went to see not one but two fireworks displays.  On Saturday night we had stopped at a new to us restaurant, and then was going to stop by a nearby fireworks display. On the way there, the boyfriend forgot where he was going and ended up driving to near where he worked in another nearby suburb.  Luckily they were having fireworks as well, and it was just about time to start. We found nice location away from all the people and it turned out better than what we were expecting to do. 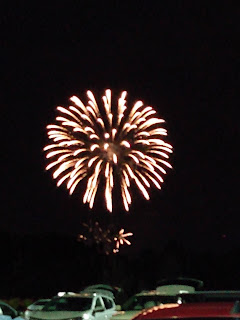 We were in a parking lot  with 20-30 cars behind the main park where all the people were.  Bonus, we were able to avoid all the traffic when the show was over. 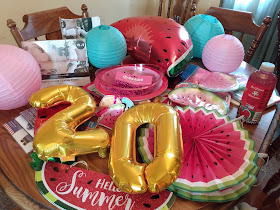 I shared two posts from our party this week.  You can see all about our party on this post watermelon birthday party 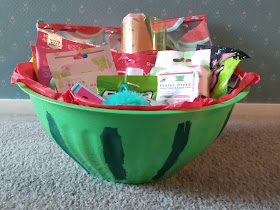 You can see more about the watermelon themed gift basket I made her (which she LOVED) on this post How to make a watermelon gift basket.
Well it is about time to get this party started.. Link up and HAVE FUN!