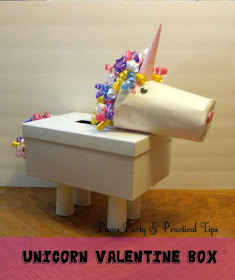 I have been planning on making  a Unicorn Valentine Box since last Valentine's Day, and now with our frequent snow days lately, I have had the chance.    I consider this project to also be part of the Dollar Store Challenge, because all of the supplies came from the dollar store. 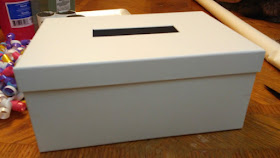 You do not need to buy a box for you unicorn, but I found this really nice one  that was white with a big slot already in it.  I went ahead and bought it, since I did not have a good shoe box at home.   I found it on sale at Meijer for $2.39.  I have also seen these before at Target, and the craft store. You may also find a file box at the dollar store that will work as well. 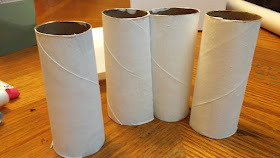 I painted four cardboard tubes white, since I decide to make my unicorn white to match the box I found.  I did almost make it purple though. :) 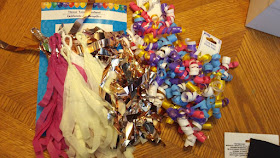 In the wrapping and party aisles, I found several things that would work for the mane and tail.  My favorites were the pre-curled ribbon bows, and the Tissue Tassel Garland.  Because I loved the colors (they come in several others too) I chose to use the ribbon bows. I bought  two of them for this project. Each bow is made up on three smaller bows. 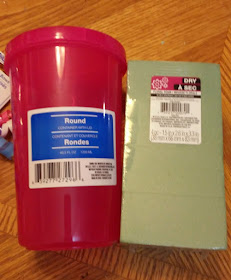 I also found several options for the head. The plastic cup and floral foam were my two favorites in size and shape. 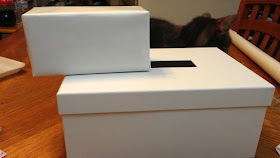 This is what it would look like if you go with the floral foam.  TIP- Do not open the package of foam, leave it wrapped in plastic.  I found out the hard way that it is actually 5 smaller blocks that needed to be put back together with tape. 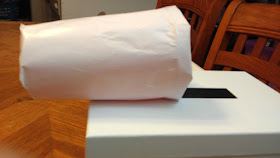 I decided to go with the plastic water cup, because it looks more realistic to me. It would be ideal if I found a white cup but there are a variety of things that can be done to make it white.  I thought about painting it, but decided to wrap it with white paper that I found in the wrapping section. 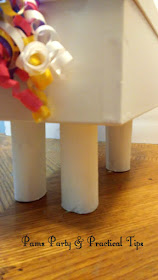 I hot glue the legs in place to the bottom of the box. 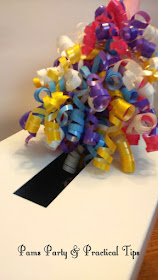 I separate the ribbon bow into the smaller separate bows to have more control on where I wanted them to go. 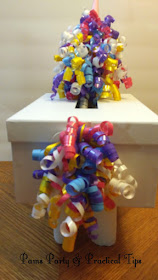 I used four of the small pieces for the mane, and two for the tail.  I really love the look of the curls! 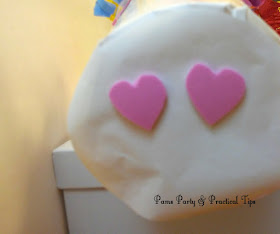 I had self adhesive craft foam on hand, but it was originally bought from the dollar store in the craft aisle.  I had considered using black for the snout but it was too dark next to the light colors of the unicorn.  Since it was Valentine's Day, I decided to cut out some pink hearts instead. 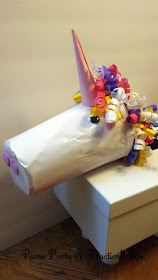 I may need to go back and take a few more pictures, because I do not have a close up of the eyes. I used some of the pink craft foam to my her eyelashes as well. You can kind of see them under her mane.  The horn is a piece of pink card stock rolled into a cone shape, and then glued into place. 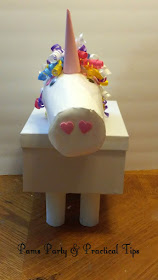 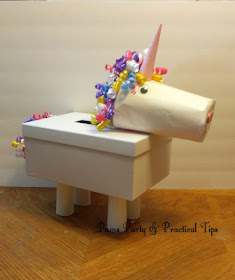 You now have an unicorn that is ready for the class party, and to receive all of her Valentines.  (I am actually teaching a 5th grade class that day, so I might take mine to school with me.)

Depending on the supplies you already have, the estimated cost for this unicorn is $5 or less.