It is once again Friday night, and you know what that means..
it is time to Dare to Share.

Do you remember at last week's Dare to Share how I told you that this week we would get back to our normal routine.  Yea...  that did not happen.  This week ended up being a lot crazier than normal. It has been one of those week's when I am glad to see Friday, so I can have the weekend to recuperate.  Last Sunday afternoon/evening we got some snow, which made our streets quite messy.  I made the mistake of telling my kids I thought there was a chance we might not have school the next day. That did not end up happening.  Monday morning was rough.  We had to get up when it was dark for the first time in two weeks, on the coldest day of the season at the time. (it would get much worse a few days later)   The roads were very icy, and the back up to get to my youngest daughters school was so bad, that many of kids were late, including us.  My oldest was having a rough morning, and did not make it to school.  Our activities started back up, and for the first time in a long while, we had to figure out drop off and pick up logistics when two kids have to be in different places around the same time.  Tuesday was probably the only quiet day of the week.  Everyone went to school, but I did get a phone call from the school that my  oldest daughter did not go to one of her classes. On Wednesday things got very chaotic.  Around 10 a.m. my youngest daughter called from school.  She was in the office.  She had just had an asthma attack at school.  Last year she was diagnosed with allergy induced asthma which happens when she is around perfume, cologne, and hand sanitizer. She does have some preventative tactics that she is supposed to do when she starts having issues, but was not able to do them this time.    When she was in gym class, there was a strong scent of perfume,  and she  was having trouble breathing. She told the teacher, but he did not allow her to leave class. The problem continued, and she told him again. He asked her if she had asthma medication. She has an emergency inhaler in the office, but was confused when he said medication instead of inhaler. When she said she didn't think so, he said well you must not have any then, just stay in class.   Since she started his class 2nd quarter, I forgot to contact him about her allergies like I did all the other teachers at the beginning of the year.  As soon as she could, she went straight to the office.  They could tell immediately she needed her inhaler.  When I got to the school,  she was starting to feel a little better, but was coughing, and crying.  She ended up having an anxiety attack. She went home for the rest of the day to rest, and I immediately contacted her gym teacher.  He had no idea that she really did have asthma, and gave me and Kara a nice apology.  An hour later the high school called. This time it was school nurse.  She had Kyle in the office with a stomach ache.  She said that there was a lot of kids out with stomach issues, so she thought he should go home just in case.  I was already on the way to the high school to pick up my oldest so I picked him up the same time.  My oldest  had an appointment that she had to go to right away, so he had to go along, and wait during the appointment.   At the appointment I found out her anxiety was relapsing (which I was aware of).  She admitted to me  she had been skipping one of her classes the last couple of days, because she was feeling overwhelmed. She did not go to class 4 days in a row, so now she is really far behind.   She also said she has just talked to her counselor about possibly quitting school later in the month when she turns 18. Ummm..  NO!  We have worked very hard for the last 7 semesters to get her where she is.  She only has these last 2 weeks of this semester, and then the 2nd half of her Senior year. Luckily everyone had the same feeling about this as I did, and all are going to do everything they can to make sure she graduates.  I talked to all of her teachers, and the school counselor. We have all pretty much told her that we were there to help.  For the next two weeks I will be working closely with her to make sure she gets all of her homework done.  She will  have a lighter schedule next semester which should help her feel less overwhelmed.    That evening with the other two kids coming home early from school, we decided to stay home from our activities and rest.  After making it through Wednesday, we thought we would get the day off on Thursday.  The temperature where we live was close to -20, which is the cut off to cancel school.  400 schools in our area  called an extreme weather day.  Our school did not.   It was -11 when my son got on the bus, but it got even colder throughout the morning.  He thought I was punking him when I woke him up, and told him we had school. I really wish I was.  Today was finally a pretty normal day, but I still had one who stayed home not feeling well.  When I woke up Kara she had a really bad stomach ache.  After the week we had, I just let her stay home.  Hopefully next week, we will have a much easier week with better weather!

How did your week go?  Hopefully a little less eventful than mine! 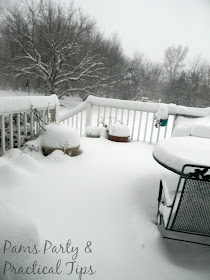 Earlier in the week I wrote a post called New Year, New Resolutions. It is a good thing I realize for me change is a process, because I did not get much accomplished this week. 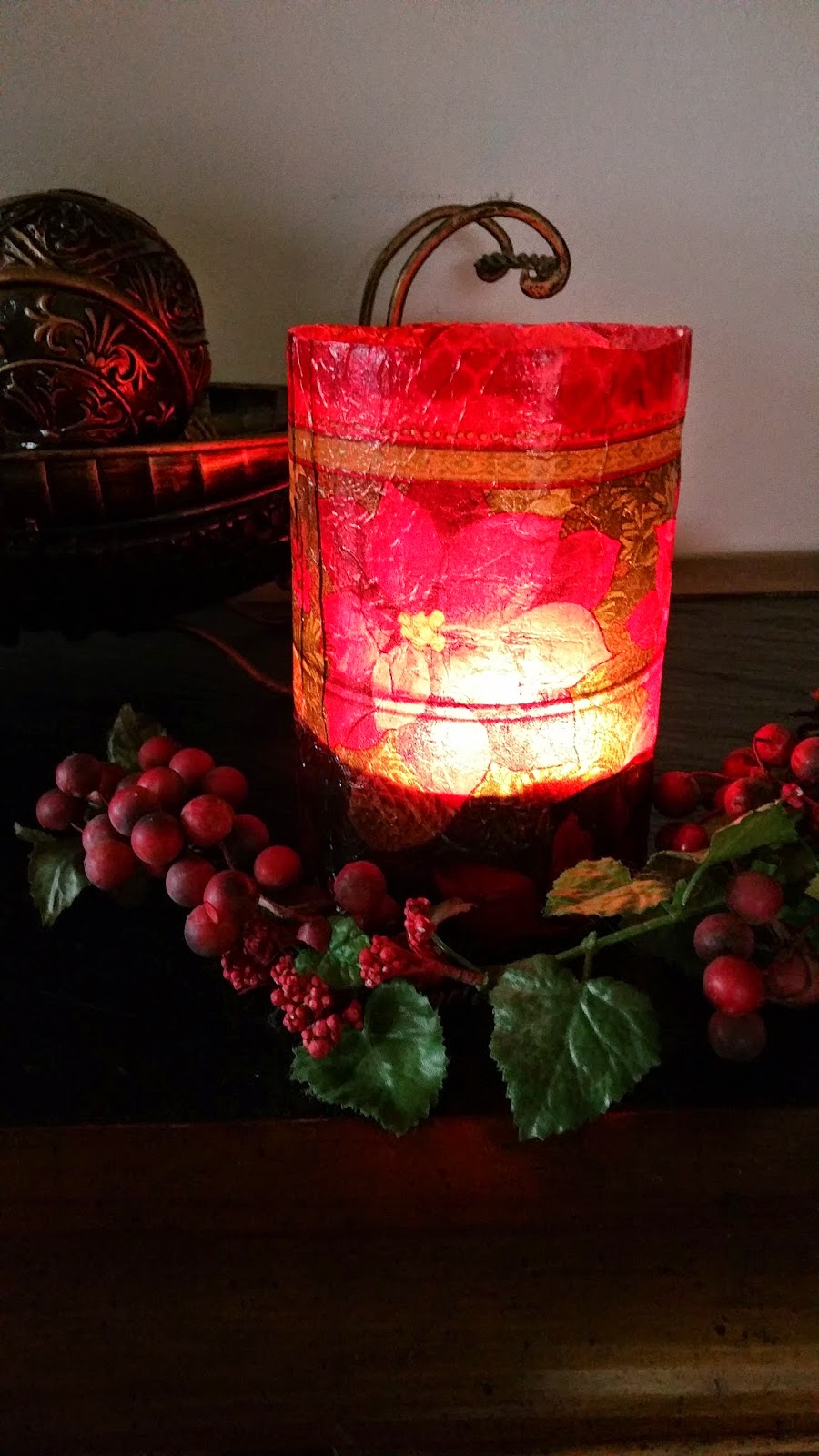 My feature this week were for a craft, and a recipe.  I think this Recycled Soda Bottle Candle Sleeve by Redo It Yourself Inspirations is so pretty. 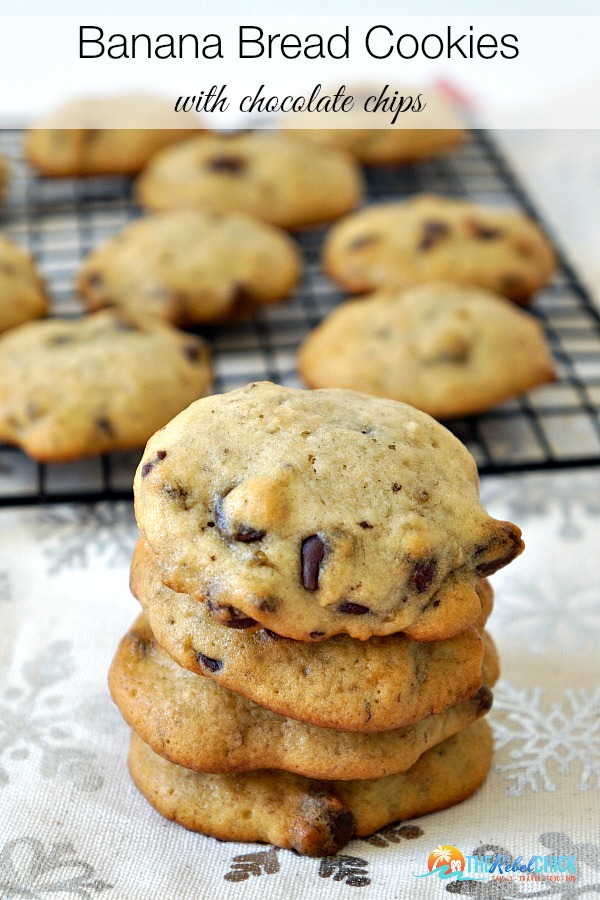 The stress of this week is making me crave something sweet. A batch of Banana Bread Cookies by The Rebel Chick would hit the spot. 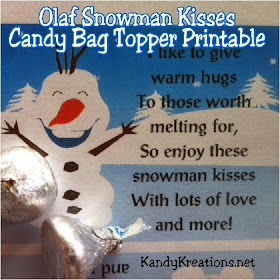 My co host Kim from Kandy Kreations has some fun Olaf posts this week, like this printable Olaf Candy Bag Topper. Be sure to stop over and see this and many more of her awesome printables.

Now it is time for this week's party.  You are welcome to link up anything that you would like to share.  If your chosen as a Dare to Share Feature of the Day, your post will be featured on the blog and my social media.  (if you were featured this week, I will still be sharing your posts on SM since I did not have the chance yet)  Kim has her own features, so you could be featured on her social media as well.

Now link up and HAVE FUN!!