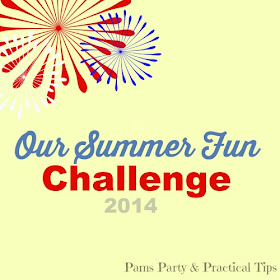 Nothing like the calendar saying that it is August 1st, to bring you down to reality that school will be starting again soon.  Luckily we live in a state that does not go back until after Labor Day, but this last month will go fast.  It is already filling with up with appointments, registration days and other important days.   I have even started buying school supplies and clothes when I find them on sale. 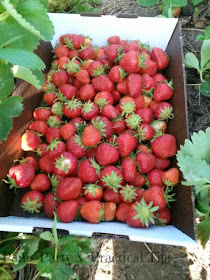 We started this summer with a long list of things we wanted to do. and good intentions.  While we did get to do several things on the list, we only completed less than half.  It seems there was always something going on to get in the way.   Right after school got out June was filled up with a dance recital, Driver's Ed classes and drives, and a neighborhood garage sale.  Just a few days later was Kara's birthday and the 4th of July. Poor Kara was sick for 2-3 days including her actual birthday.  After the 4th it was time to prepare for her butterfly themed birthday party, which brings us today.  It looks like we will have a busy August ahead of us to make up for lost time.

Some of the things we were able to do in June:
Go strawberry picking
eat lots of ice cream and Fro Yo
have a few sleepovers
grow a garden
make a butterfly garden 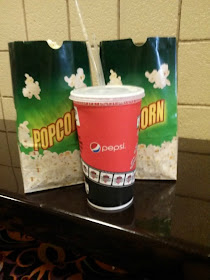 We had planned on seeing several movies this summer, but so far have only seen one.  We finally caught a showing of Maleficent at the end of June. It was quite good.  Normally we see 2-3 outdoor movies in the summer, but the times have just not worked out this year.   August looks like a good one for movies though, we are interested in Guardians of the Galaxy,  The Giver, and If I Stay..

Some things we were able to do in July:
See two parades
enjoy some fireworks
go on an Ikea run
have a special birthday party
have two permitted drivers 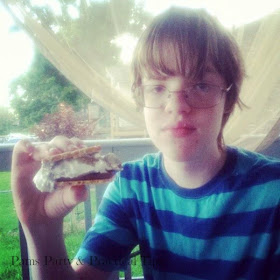 During the night of June 30/July 1st we had a severe storm hit our area.  We lost power at 3:00 a.m., and it would stay out for almost 24 hours. It was over 24 hours for several people nearby.  Being forced to be offline with no power, actually turned out to be a lot of fun. We spent several hours at a friend's house who lives on the lake.  We grilled her freezer food, and ate lots of S'mores.  Kyle had three of them I think. We were able to cross more things off the list that day such as:

Here are the things that we would still  like to do, but have not had the chance to yet: