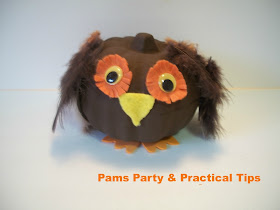 A new member was added to the Pumpkin Gang today.   Since owls are all the rage this year, I tried my hand a making an owl pumpkin. I think it turned out pretty cute. 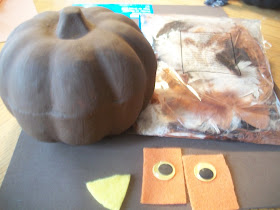 I started with a dollar store pumpkin, and painted it brown.  I also had a bag of feathers, a pair of yellow eyeballs, scraps of orange and yellow felt, and some orange craft foam. 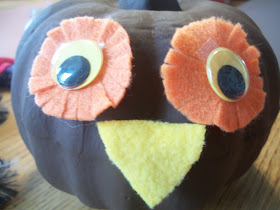 Before gluing on the face, I checked if I like the placement with a pieces of scotch tape.  Once I was happy, I whipped out the glue gun.   I made the outer part of the eyes out of felt, but craft foam could easily be used in its place.   Craft foam, poster board, or fabric could be used for the beak as well. 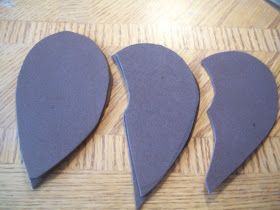 I tried the wings a couple of different ways before I was satisfied. 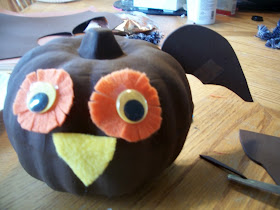 I was originally going to have them up to look like the owl was flying, but I thought it was too bat-like. 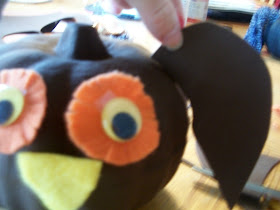 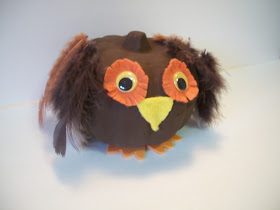 I glued some feathers onto brown craft foam feathers and placed the flat against the pumpkin. For the last touch, I added some craft foam feet