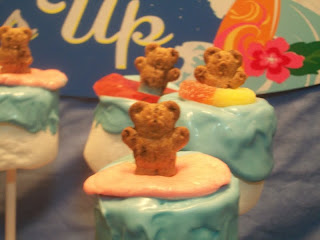 I have been seeing my Beach Party Marshmellow Pops showing up on Pinterest lately.  I thought it might be a  good time to revisit some of the treats we had at  Kara's Beach Bash Birthday  We had our Beach Bash almost exactly a year ago. I remember that it was super hot then as well,  with the temps close to 100 degrees.   This year we are having her party a few weeks after her birthday. Its probably a good thing, since we have not done much for it yet.  Lots of ideas in my head and on paper, but not much made in real life. 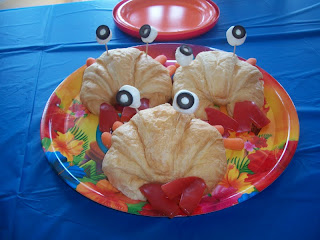 How about some Crabby Sandwiches?  These were also a huge hit. 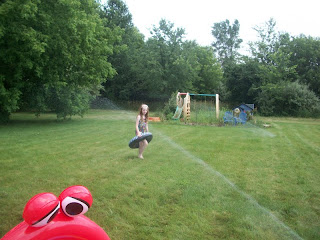 Doesn't running the sprinklers sound good right about now.  It's 7 p.m. and still in the 90s where we live!