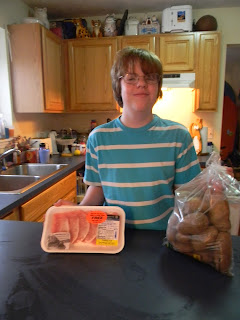 After a 2 month break,  Cooking with Kyle IS BACK!  Things just go to hectic the last few weeks of school and with Kara's physical therapy for him to cook meals .  Now that it is summer break,  Kyle has a lot more time to plan some recipes.   Kyle recently tried the new pork chop at the Outback, and decided that it is now one of his favorite meals.  While shopping at Kroger a few days ago, we saw there was a great sale on pork chops and he asked me to buy them.  He also asked me for a bag  of  potatoes to make homemade mashed potatoes and french fries. 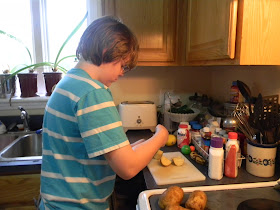 Since he really likes the garlic mashed potatoes with the skin on at Outback, he decided not to peel them.  That was okay with me too, since it would be safer for him to make them this way.  He washed and cut up about 5 potatoes. 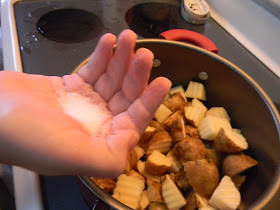 We based his recipe partially on Alton Brown's Food Network recipe, which  calls for adding salt to the potatoes before boiling. 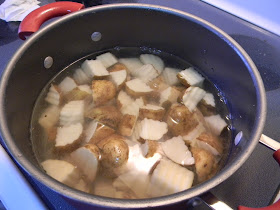 He boiled the potatoes until they were cooked through 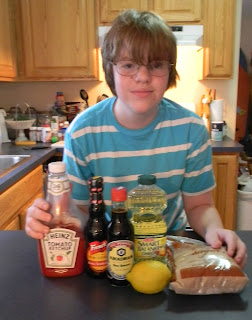 He looked over several recipes on the internet and chose Marinated Backed Pork Chops on Allrecipes.com.   First preheat the oven to 350 degrees. 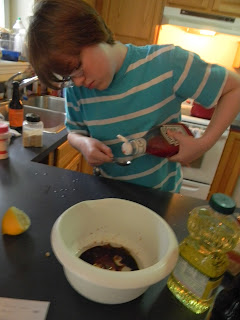 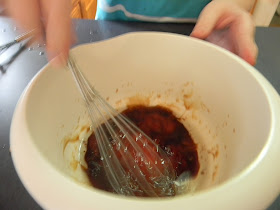 Mix the ingredients in a small bowl 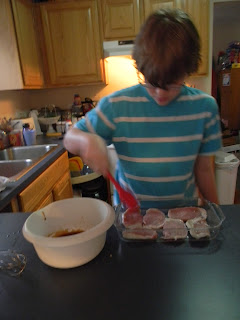 Spread half the marinated on the top of the pork chops, saving the other half for later. 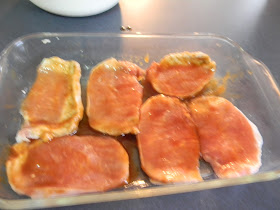 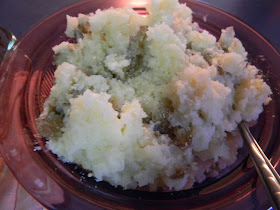 To finish the potatoes, he added some milk (half and half if you have some), garlic, parm cheese and some butter. 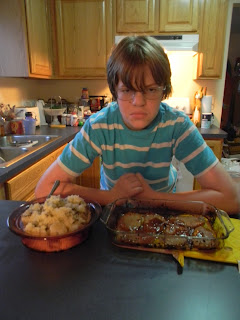 Grumpy look for someone who just cooked a delicious meal! LOL! He wanted to go back and watch the Good Luck Charlie special  and not take pictures. 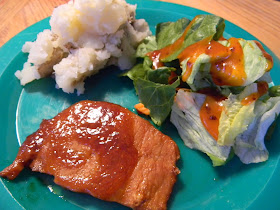 A definite keeper, that he said he will want to make again.

This recipe will be linked up at many of the parties on my linky party page. Be sure to check it out here.
Pams Party at 10:23 PM
Share